About a year ago, I wrote a post on this blog announcing my intent to catalog recipes that have existed in my family for generations… and like most hopeful outbursts of good intent… I never really did much about it. Yes I did end up noting down a recipe for Vanilla cake… a post that still draws a surprising number of google hits… but that was pretty much it.

However, like good karma… a recipe for Biryani as fabulous as the one I recently managed to lay my hands on is of no value unless it is shared with the world.

You see… the mothers in my family, were exemplary cooks ( just like most mothers in most families I guess). As long as they were around, most of us were happier enjoying the fruits of their labor rather than worry about noting down the ingredients in their various proportions…

Thus, when you come to know that a sister somewhere knows exactly how the family biryani is made… you thank high heavens and give her a call and beseech her to share the recipe…

And share she did…. Thank You So Much Sona Didi !

So here it is… A Mutton Mughlai Dum Biryani made in our traditional north Indian kayastha way…The recipe that follows has been written by Sona Didi ! This biryani is influenced by the two cities our family is deeply connected with.. Lucknow and Allahabad.

This biryani is prepared by cooking rice and meat separately till they are nearly done and then finally assembling them in layers before being put on ‘Dum’.

And here is what they look like together… nice ! 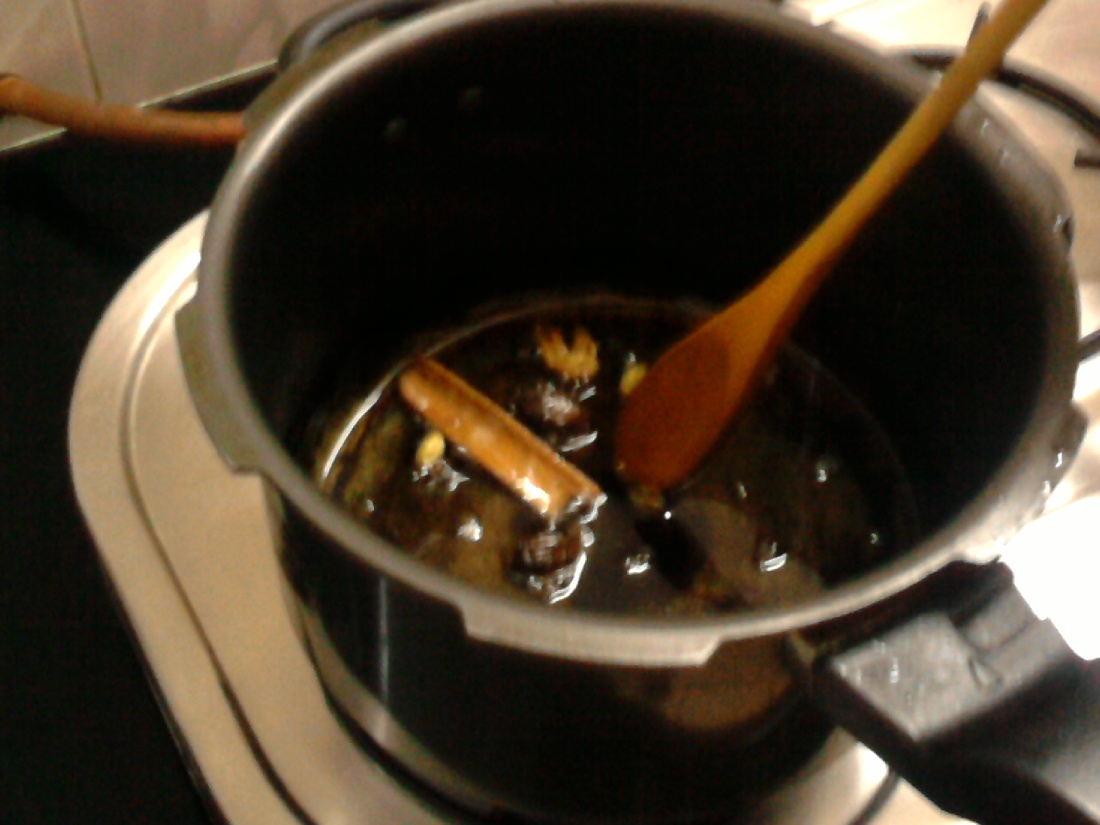 Now add all the other ingredients , except garam masala powder, along with the meat.
This is what the meat should look like at this point…

Pressure cook it till almost done (this takes about 20 minutes under pressure). After opening the cooker bhuno the it till it is almost dry. In case the meet is fork tender already and you still have a lot of liquid in the curry, fish out the meat pieces and simmer the liquid till most of the water is gone. This is what it should look like…

Method for cooking rice:
Fry thinly sliced onions till they are brown and crispy. Take time while doing so… cooking the onions on low heat makes them very crispy.

Soak rice for at least ½ an hour (take good quality long grain basmati rice). In a large container boil 2½ ltrs of water with two heaped tsp of salt, few peppercorns, staranise, clove & green cardamom. Add a tablespoon of oil to prevent rice from sticking. When water starts boiling add soaked rice & let it cook till the rice is ¾ th cooked. Strain the rice in a strainer and immediately put cold water over it to stop cooking.

Layering the biryani:
Take a thick bottomed pan smear some ghee, now spread a layer of rice, on top of it put 1/3 part of cooked meat, some fried onions, few drops of soaked saffron with some kewra essence or orange food color diluted with some water and kewra essence, one tbsp of ghee, repeat this process two times.

You do not need too much food color, a few drops in the milk should suffice…

Top layer should be of rice and before closing the lid put some fried onions and few drops of kewra-colour mixture. This is what the layer should look like…

To seal the container you can use atta dough or you can also use aluminum foil. Put the biryani on very low heat and cook it for at least ½ an hour.

Once the biryani has been cooked, open the pot and give it a good stir. Your Biryani is ready ! 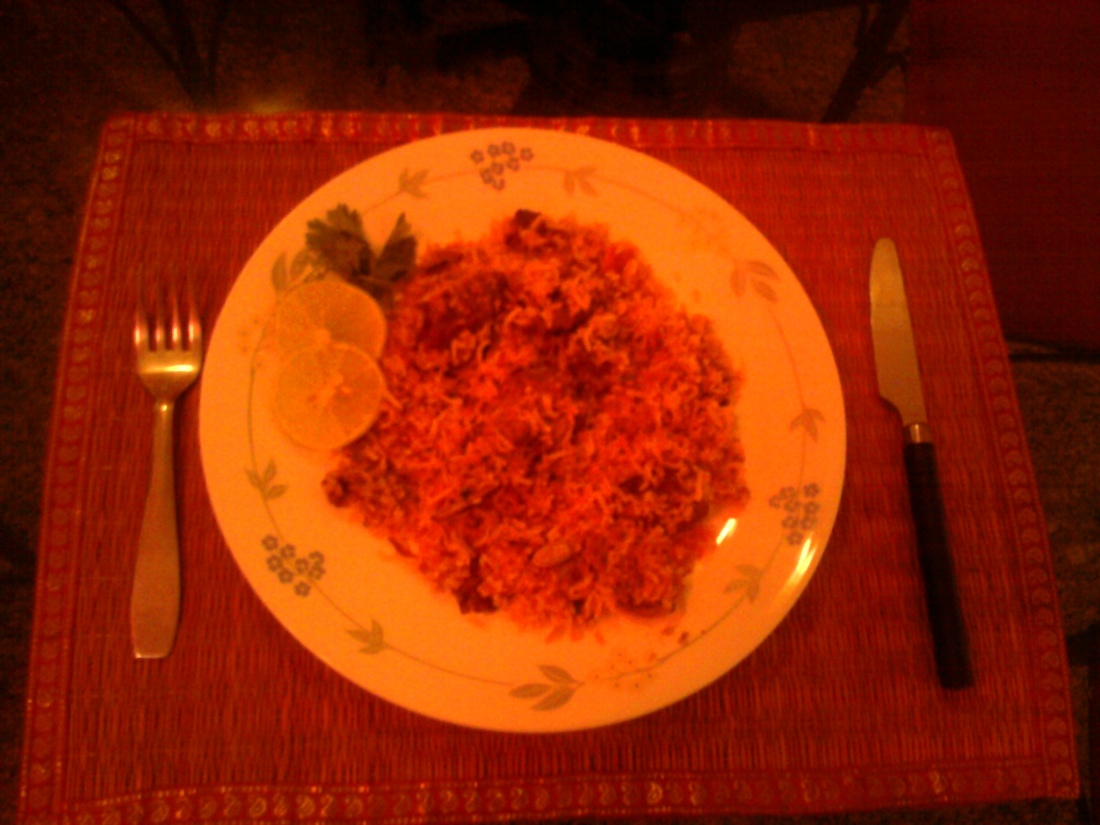 View all posts by ashishradhika